Brigadier-General Paul Triquet VC, CD, (April 2, 1910 – August 8, 1980) was a Canadian recipient of the Victoria Cross, the highest award for valour “in the face of the enemy” that can be awarded to British and Commonwealth forces. Triquet held the rank of captain at the time of his VC award, and went on to achieve the rank of brigadier-general. 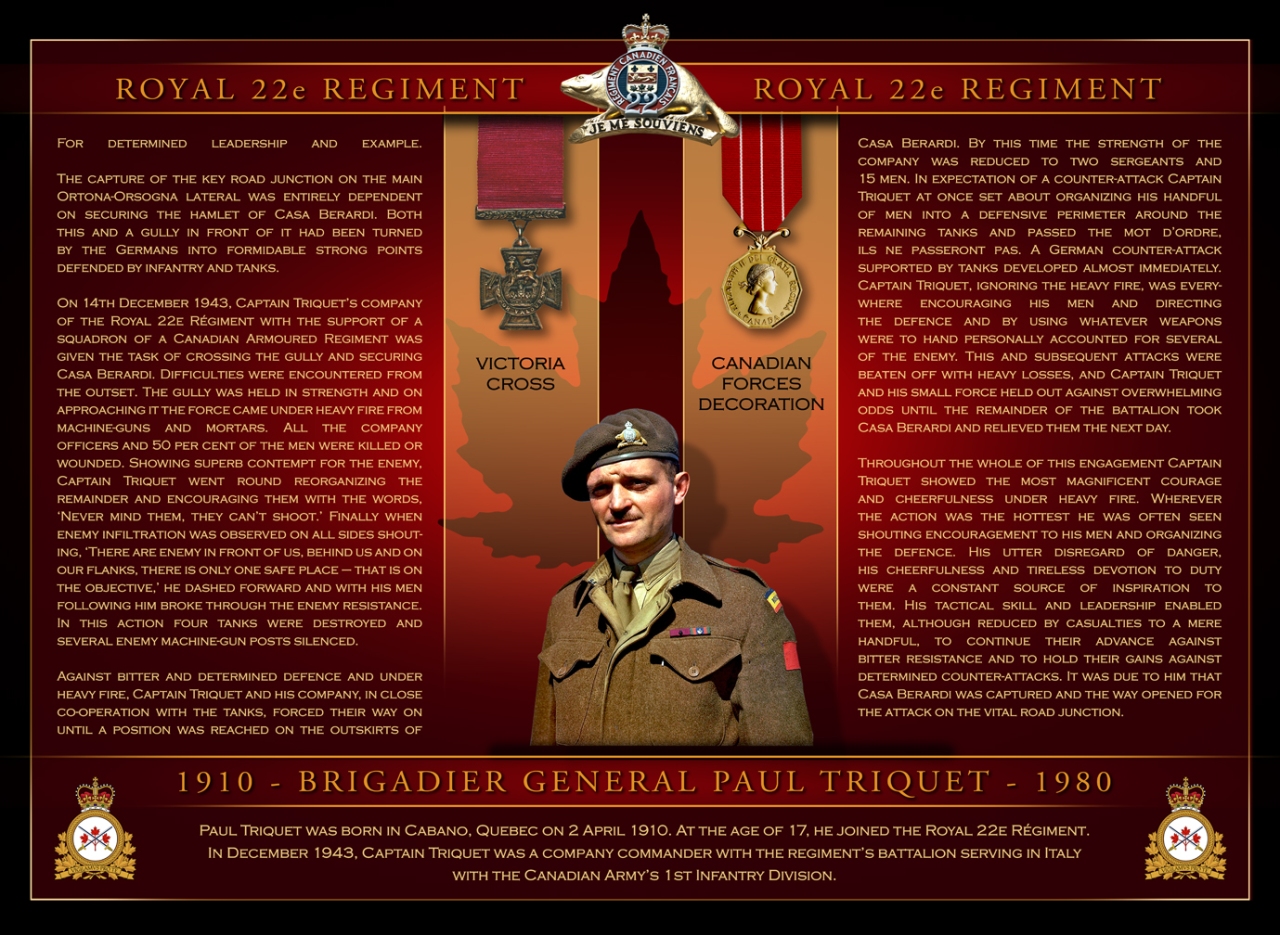 Paul Triquet was a 33 years old captain in the Royal 22e Régiment(Royal 22nd Regiment, known colloquially in English as The Van Doos, an anglicized pronunciation of the French number twenty-two: vingt-deux), Canadian Army, Royal Canadian Infantry Corps during the Second World War when the following deed took place as part of the Moro River Campaign in Italy.

On 14 December 1943 during the attack on Casa Berardi, Italy, when all the other officers and half the men of his company had been killed or wounded, Captain Triquet dashed forward and, with the remaining men, broke through the enemy resistance. He then forced his way on with his small force – now reduced to two sergeants and 15 men – into a position on the outskirts of Casa Berardi. They held out against attacks from overwhelming numbers until the remainder of the battalion relieved them, the next day. Throughout the action Captain Triquet’s utter disregard for danger and his cheerful encouragement were an inspiration to his men.